After gaining experience in several architecture firms, he began working for Milan Babuška in Prague in 1928. During this time he met the German architect Herbert Sprott, who was studying in Wrocław/Breslau. Šlapeta started to study in Wrocław and very quickly became an employee of his two professors Adolf Rading and Hans Scharoun. His brother Čestmír also joined the Wrocław Academy.

In 1930 the two brothers went back to Czechoslovakia, but immediately afterwards went on a study trip to France and the USA. Thanks to Hans Scharoun he came into contact with leading architects such as Frank Lloyd Wright and Richard Neutra and began to work in Norman Bell Geddes' studio.

Due to the global economic crisis, the brothers did not get a permanent position in the USA and returned to Czechoslovakia in 1931. In August 1931 they opened a studio in Prague and at the same time an office in Ostrava. The Prague studio, which Lubomír ran, was not profitable, so he joint the brother's studio in Ostrava from 1933 to 1936. In 1936 he moved to Olomouc, got married in 1937 andhad worked only occasionally with his brother. But already two years later they started to work again for designing theatres.

After 1945 he renewed with other artists art education at the Olomouc's Palacký university. Due to the regime change in Czechoslovakia, he had to leave the university in 1949. He succeeds in working as a freelance project engineer. However, since he appeared critical towards the regime, he was expelled from the Association of Czechoslovak Architects in 1958, not receiving new projects anymore.

Between 1959 and 1966 he was employed by a state company. During that time, in 1963, he was granted a short stay in West Germany was. He met Hans Scharoun again. Three years later Šlapeta started to work in Scharoun's Office in West Berlin from 1966-1969. Together with Scharoun he designed the Scharoun Theater in Wolfsburg, the State Library in Berlin and the German Embassy in Brazil. The plans for the church Sv. Mikuláš in Tichá, one of a few churches from the time of socialist Czechoslovakia, were also made in Berlin. After his return, he was commenly designing interieurs. 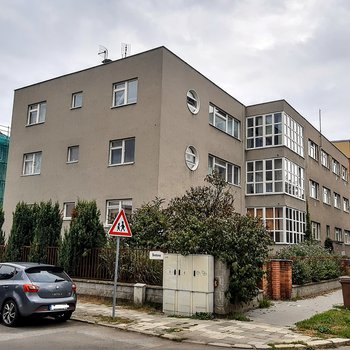 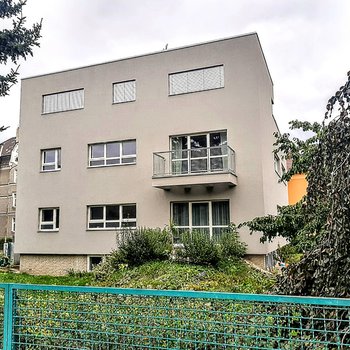 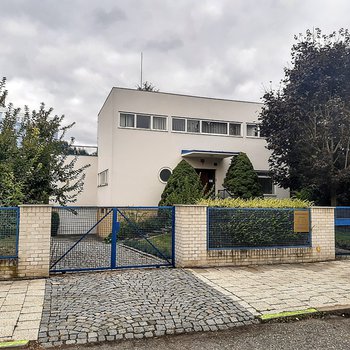