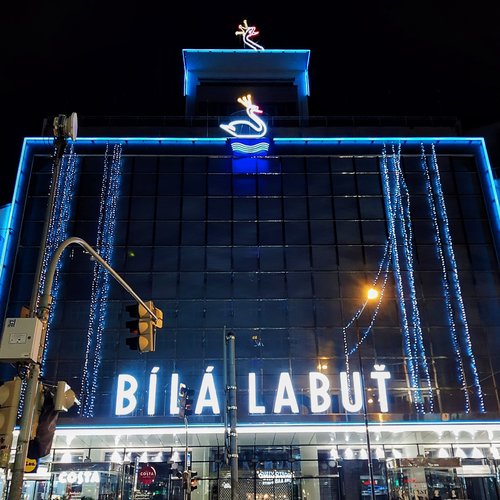 A shining light in Prague's night with the city's first curtain wall.

The building is supported by a skeleton construction that reaches up to the seventh floor. On top is attached a two-storey tower with the shaft of the lift. The large glass facade from the first to the fifth floor is a self-supporting curtain wall and measures 33x18 metres. It is Prague's first curtain wall. The glass facade features pivot horizontal windows. The area from the ground floor up to the 5th floor once served as a department store. The 6th floor was used for the offices. Most probably the rooms in the tower as well? The roof once served as a terrace for the employees. They were allowed to rest in deck chairs under parasols during their last break.
The two illuminated signs with the white swan can also be seen from the street. During night they are also a symbol of Prague's skyline. The neon construction on the roof is 8 metres high, rotates and has been preserved in its original form. Above the entrance area is an overhanging canopy with the name of the department store Bílá labuť. The last reconstruction brought a huge change. It is typical for B+B* shop windows, that they are leading lengthwise into the building, the entrance doors were originally behind them. As showcases they create a transition zone between outside and inside. But during the last renovation the entrance doors were placed at the beginning of the showcases, so that the showcases are now almost completely inside. Although the building has been listed since 1958, it was precisely this architectural feature that has been destroyed.
The building has an L-shaped ground plan.
Inside, the highlights of the interior in 1939 included: escalators, five lifts for customers, air conditioning and an air tube post for the employee's messaging.

This department store is special in many ways among the department stores of the Brouk+Babka chain. Firstly, it is the last building to be erected by B+B, because its opening marked the beginning of the occupation of Czechoslovakia by Germany. After Germany invaded Czechoslovakia on 15 March 1939, it was opened on 19 March 1939. Secondly, it is the only B+B department store that never bore Brouk+Babka or B+B on its exterior, but was called Bílá labuť. The name was taken from the baroque building with a restaurant and brewery that was demolished. In 1937 it was replaced by the largest department store of its time in Czechoslovakia. In addition to self-service throughout the store, which was not common at the time, customers could also order by catalogue. The goods were sent to their homes by post.

Due to its special features and modern equipment, it was listed in 1958. Until the opening of the department stores Máj and Kotva in 1975, it remained the most modern department store in the Czech capital.

After the political change in 1990, countless shopping centres were built in Prague. Department stores of this kind were no longer attractive to most customers for many reasons. The spaces for sale became emptier and emptier. Currently (2022), some products are sold on the ground floor, in addition to empty floors there is also a fitness centre and, as before, a self-service restaurant on the fifth floor. 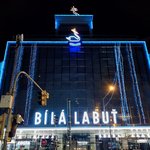 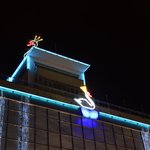 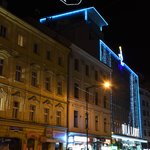 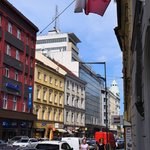 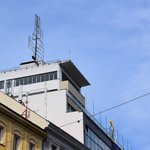 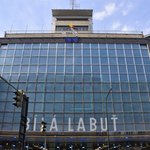 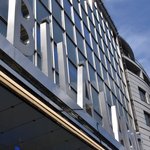 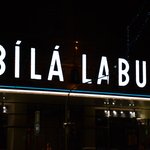 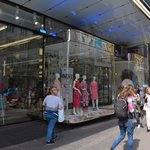 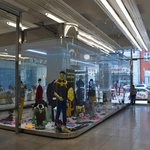