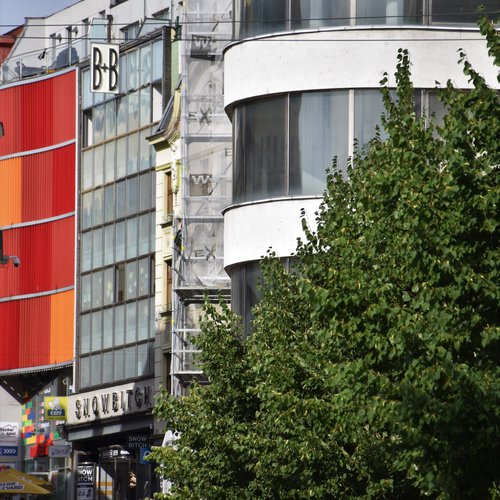 The structure consists of a reinforced concrete skeleton and an all-glass curtain wall, used on the entire facade except for the last receding floor with administrative spaces and a terrace. This type of facade design was unique in Liberec at that time. The solution of the main entrance designed by Gillar is a typical symbol of most of all Brouk + Babka stores in the former Czechoslovakia. They used a pair of rounded glazed shop windows made of stainless anticorro steel that form two passages between them. The entrance is located up to a third of the depth of the plot and the customer had the opportunity to view the goods in the passage before entering the store and start to buy.

The department store was equipped from the beginning with escalators and a pneumatic tube mail system.

Construction work began in 1935 and the department store opened in 1936. The company Brouk + Babka planned a building on a larger plot of land, but could only buy a former pub on the site of the current building.

The Liberec realization served three years later as a model for the Brouk + Babka store in Prague (today's Bílá labuť in Na Poříčí Street), where Gillar was the author of the interiors.

Due to the nationalisation of private property in Czechoslovakia in 1948, the department store was given the name Jiskra (Spark) in 1950. The building was sold privately in 2002, afterwards it was subsequently modernised.

The original letters Brouk + Babka were illegally removed in 2017 by the owner of the current shop, although they were listed as part of the Czech National Heritage. The Heritage Instiute filed charges against the owner to force him to put back the letters on the building. 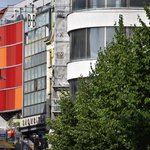 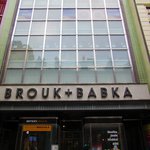 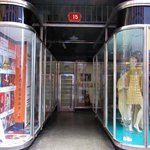 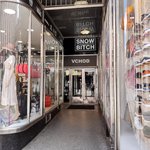 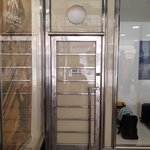 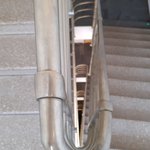 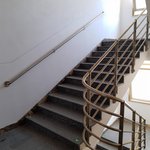 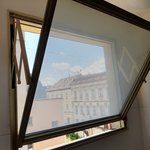 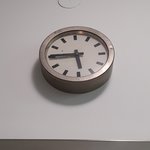 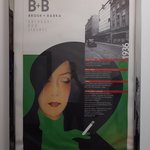 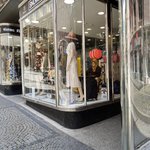 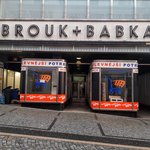