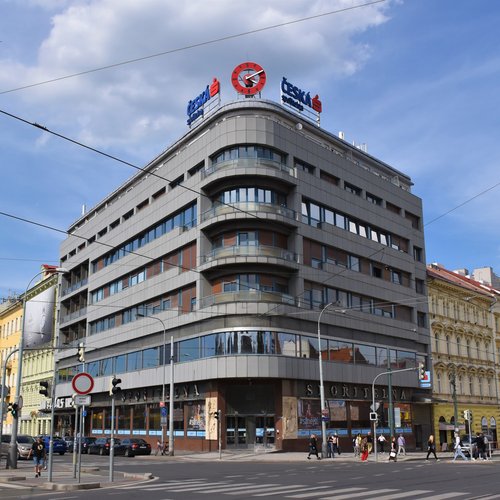 The gate to Prague's quarter Karlín

A maestoso architecture that welcomes visitors to the Karlín district. For example a curve always makes a building appear much softer. The lightness is enhanced by the use of large windows on the ground floor and first floor, used by a bank. In addition, glass blocks were used, which increase the brightness, especially inside. These glass blocks were also used in the foyer of the bank. The facade of the house is determined by the curve and the balconies. Glass is also used here, for example for the balcony railings. The large windows next to the balcony zone serve as a kind of winter garden. The modernity of the house is also expressed with the ribbon windows along both facades. They avoid a facade made of stone or cladding, creating even more lightness.

The house originally featured only six floors. The 7th floor was added in the second half of the 20th century. The proportions of the house have been altered. The plastic cladding, hiding the original stone cladding, also changed considerably the house's design.

Two sculptures decorate the walls next to the bank's entrance: to the left (Ke Štvanici Street) is shown a miner, to the right (Sokolovská Street) a peasant woman harvesting. Both works are made by Václav Markup in 1942.

The architecture of Palác Atlas is very related to the somewhat younger Cristal in Železný Brod.

The construction of this building took a relatively long time from 1939 to 1942, for sure due to World War II. It was very surprising for us how little information is available about this house so far. It was opened with the bank on the ground floor and the bank's offices above the ground floor. The cinema Atlas was housed in the basement. The remaining floors were used as apartments. So far no one has mentioned the developer of the house. Maybe the bank Spořitelna? The two architects were already very specialized in the construction of bank buildings.

The house is in a place steeped in history. Until 1875 near by one of the Prague city gates, the Poříčská brána, marked the end of Prague's quarter Nové Město. On this spot, the entrance to the Karlín quarter along Solokolvská street, a neoclassical residential building was demolished for this house. In a way, Palác Atlas became a new gateway for the Karlín-district.

During the 1980s, the facade was covered with plastic elements that hide the original stone facade. Whether in the 1980s or perhaps earlier, the current top floor was put on. It is visible on a photo, showing the construction of the Prague Magistrale, which was built in this area in 1978. On the photo (taken between 1978 and 1985) is documented the entrance building of the Praha-Těšnov train station, which was blown up in 1985. It is shown on the picture on the top of the the middle (left of the MAgistrale). The Palác Atlas is at the top right (right to the Magistrale), already with the top floor attached.

The cinema Atlas was closed on December 23, 2022. The owner wants to keep the place for cultural events in the future. The bank is still in operation. 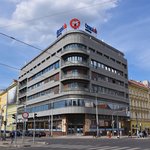 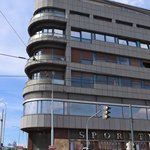 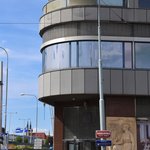 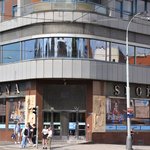 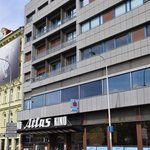 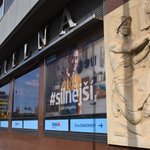 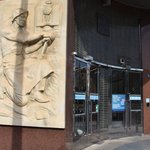 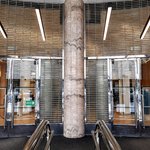 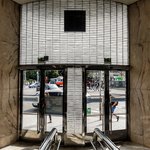