Rudolf Steiger graduated with a diploma from Karl Moser at the ETH Zürich, where he studied from 1919 to 1923 together with his future wife Flora Crawford and his future office partner Max Ernst Haefeli.

After working in the Dumont office in Brussels, he went to Berlin to work for Korn and Weitzmann in the same year. In 1924 he was able to establish his own office with Flora Crawford in Basel with the commission for the Sandreuter house, which the couple moved to Zürich the following year.

In 1928 Rudolf Steiger was a founding member of the Congrès internationaux d'architecture moderne (CIAM).

Together with Haefeli, Hubacher, Moser, Artaria, Roth and Schmidt, he was also one of the architects of the Neubühl housing estate (Werkbundsiedlung Neubühl) (1930-32) in Zürich, which is significant in architectural history. During the same period, together with Carl Hubacher, he also designed the Zett House, an emblematic modernist building in Zürich, as well as the Bella Lui luxury sanatorium in Crans-Montana, high above the Rhone Valley, together with his wife and with Arnold Itten.

In the mid-1930s, Steiger began the long-running work on the General Motors engine factory in Biel. In 1937 he was successful in the competition for ideas for the new building of the Cantonal Hospital in Zurich, and in the same year he founded the architectural firm Haefeli Moser Steiger with the architects Max Ernst Haefeli, Werner Max Moser, a partnership that lasted until 1970. However, he also repeatedly teamed up with other architects, including his son Peter.

Rudolf Steiger and his wife Flora Steiger-Crawford were parents of the architects Martin Steiger and Peter Steiger. 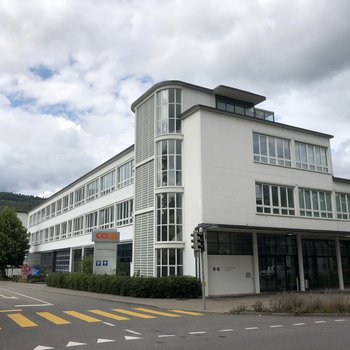