Karl Moser studied Architecture at the Swiss Federal Institute of Technology in Zürich. Together with Robert Curjel he opened the architectural office "Curjel and Moser" in Karlsruhe in 1888. For a time they also maintained a branch office in Basel. Curjel and Moser soon gained attention in the field of church building.

On October 1, 1915, Moser was appointed full professor of architecture at the Swiss Federal Institute of Technology in Zürich. As a university lecturer, he influenced many architects who later became famous, including Max Ernst Haefeli, Rudolf Steiger and his son Werner Max Moser, who later joined forces to form the architectural firm HMS.

Karl Moser was the founding president of the Congrès International d'Architecture Moderne (CIAM). 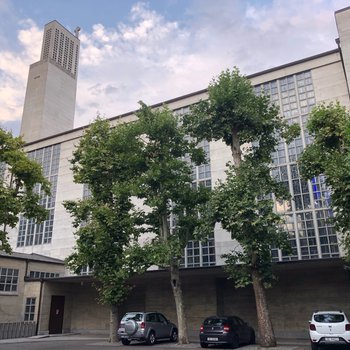