Otto Rudolf Salvisberg was a Swiss architect. He graduated from the building school of the technical college in Biel / Bienne in Switzerland with a diploma. He spent some time in Karlsruhe, Germany, where he worked with Robert Curjel and Karl Moser.

Later he went to Berlin in Germany, where he worked for Paul Zimmerreimer and, according to the critic Paul Westheim, lent his unmistakable signature to many designs, without this becoming known and without receiving any recognition for it.

After 1914 he worked independently and in a lifelong cooperation with Otto Brechbühl, with whom he also founded a joint architectural office in Bern, Switzerland, which still exists today under the name Itten+Brechbühl AG.

The two architects designed and realized a wide variety of construction tasks in Germany and Switzerland. They won the competitions for the Lory Hospital in Bern, the infant home in the Elfenau, and the new construction of institute buildings for the University of Bern. The hospitals in particular attracted a lot of attention and probably also paved the way for him to become the embattled successor to Karl Moser's chair at the Institute for Technology (ETH) Zürich. 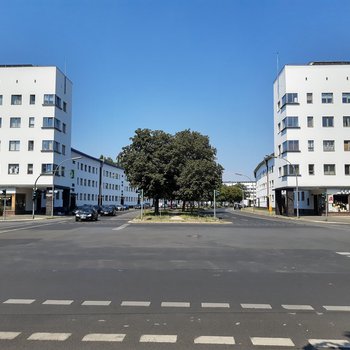