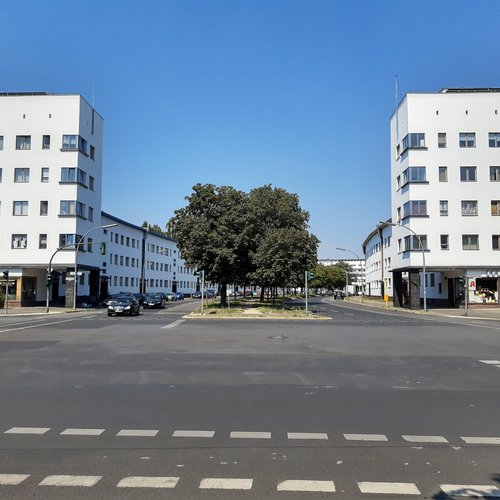 Even the name says it all: white. This colour in combination with architecture free of ornamentation gives buildings an appearance that many people consider to be a symbol of classic modernism. And in Berlin it is the first of the large housing estates in which there are no single-family houses, but only three- to five-storey buildings. The exterior of the buildings in this housing estate is the plainest of all 6 Unesco estates in Berlin. At the same time, the so called bridge house (Brückenhaus), which spans the Aroser Allee, and the gate-like head buildings on the Aroser Allee/Emmentaler Str. are spectacular architecture.

The city of Berlin provided 7.5 million Reichsmark for the construction of this housing estate. Around 1200 small apartments, shops, a laundry, a kindergarten and green open spaces were built. The roads in this area were already laid out, which is why the settlement has roads with slight curves. The block construction method was avoided in this settlement. However, as was often the case in Berlin at that time, the houses were not built primarily in a north-south direction, but half of the houses were built in an east-west direction. Thus, some of the windows are facing north, which was avoided in other places. 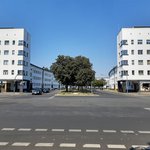