František Petráš first learned bricklaying in České Budějovice and then studied at a building school in Prague. After that he built many houses in České Budějovice. Together with his three brothers he owned the construction company Bratři Petrášové (Petráš brothers). They realized many construction projects in the city and developed their own T-shaped hollow brick. Hollow bricks are lighter than conventional bricks and insulate better from heat or cold. One of the most famous projects in České Budějovice were the bank Záložna or the department store Brouk + Babka. The company declared bankruptcy in 1946. 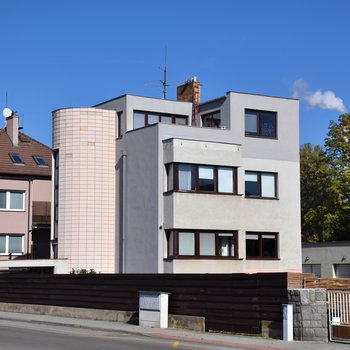