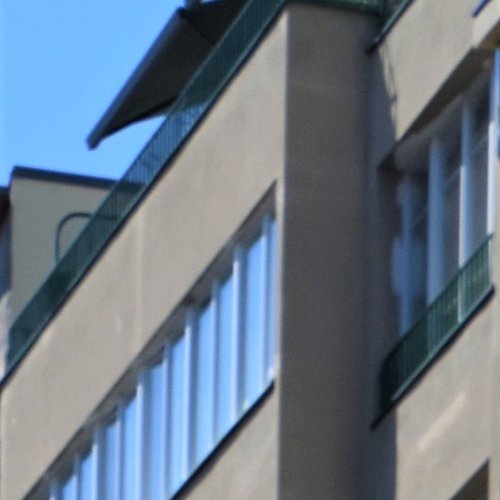 Three puristic apartment buildings close to each other.

The coordinates on the map are exactly between all three houses.

Nevertheless, they differ slightly from each other in the exact design. No. 3 has a discreet oriel in the middle and right area from the first to the fifth floor. This adds tension to the house, as any symmetry is avoided. The right-hand windows in the area of the oriel are designed as French windows, which makes the design of the house even more attractive.
In contrast, No. 6 has a symmetrical structure. The oriel in the middle incorportates the ribbon windows. On both sides are rooms with French windows. Symmetry is also cleverly broken in this house's design. The entrance area with a large glass window is located to the left underneath the oriel.
In No. 7 (pictures will follow) symmetry was not pursued either. On the left side are small hung windows. Next to them are elongated balconies and on the right side ribbon windows made of a mixture of casement windows and hung windows.

All three buildings in Vinařská Street were built between 1936 and 1938 by Jan Gillar. We have a few information about house No. 6, which was ordered by Berta Porgesová. it is the only one of the three houses that is listed since 1994. 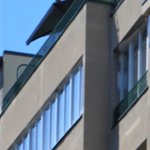 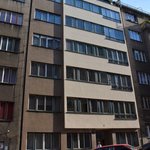 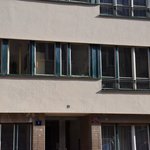 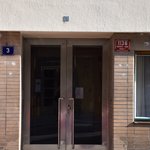 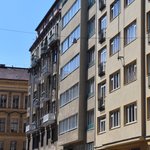 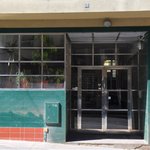 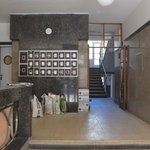 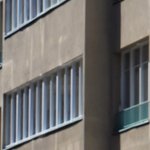