We do know just the name of the developer. The family Porges had several members in Prague. Most of them were Jews. She could be Berta Porgesová, née Kaunická, born 13 April 1892 in Strakonice, Czechia. Two suppositions strengthen us in this assumption. During the construction of the house, she would have been 42 years old. Her husband Rudolf came from a Jewish family. Due to the anti-Semitism in Czechoslovakia in the 1930s and the threat from Germany, it is conceivable that the house was signed over to Berta Porgesová, as she was Czech. Perhaps this was already an attempt to circumvent problems or to avoid expropriation at a later date. 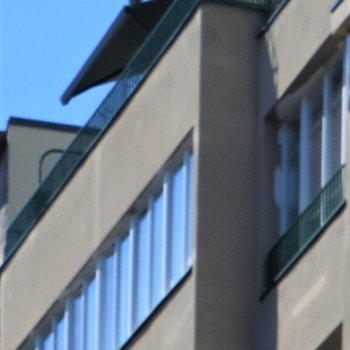