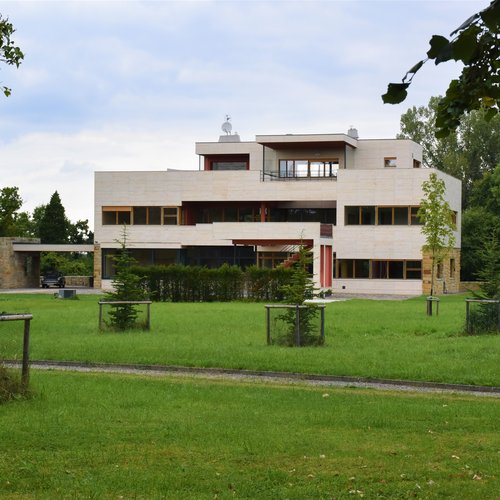 An opulent and sculptural villa inspired by concepts by Le Corbusier

On the outskirts of the town, opposite the factory, above the Labe River and oriented towards the neighboring Lázně Toušeň spa, the property is located something special.

The mix of different natural stone claddings and especially the areas painted red increases the visual appeal of the house.

Embedded in an English landscape park, the exterior construction emphasizes the relationship between outside and inside. Many ideas of Le Corbusier influenced the villa's design made by Jiří Štursa and Karel Janů. The spacious outdoor staircase is connected to a footbridge that leads to the first floor. Below the stairs, a glassless window is set into the supporting structure to look out over the park. This point of view is supported by a bench. On the first floor, the footbridge leads into an open facade area, as if a pedestrian were being taken in by the building. Most of the windows on this south side are designed as wide ribbon windows. The small top floor with two rooms is used for the roof terrace, i.e. for relaxing and sunbathing.

All other floors also had very precise functions. The ground floor accommodated the living and working rooms of the employees. The ground floor also served as a reception area for business customers. The first floor has been designed for private use only.

Next to the factory, Josef Volman planned a new villa for private and business purposes. Construction works lasted from 1938-1939. The two architects were extreme leftists. They actually wanted to build commune houses based on the Soviet models. But in the 1st Czechoslovak Republic, they were able to implement parts of their revolutionary ideas in the villas of this former, wealthy entrepreneur.

Volman died already in 1943. His wife Ludmila later married the general director of the company Jiří Růžek. When the Communist Party came to power in Czechoslovakia in 1948, the villa was nationalised. The company was henceforth called TOS. The villa was converted into a kindergarten of TOS, a typical use of villas during that time until 1990. Being abandoned, the villa visibly fell into disrepair. Enthusiasts bought it in 1996 to declare it a national cultural monument and to seek its future use as a museum. This was followed by many years of reconstruction by the architects of TaK from 2002-2017. In September 2022 the villa became part of the network Iconic Houses.

The villa has been open to the public since 1 October 2022. Guided tours through the house are offered at weekends. Most probably only in Czech, because their website is only in Czech. 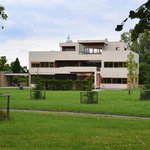 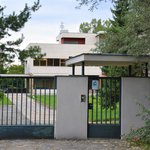 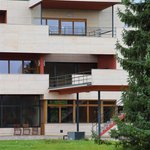 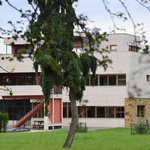