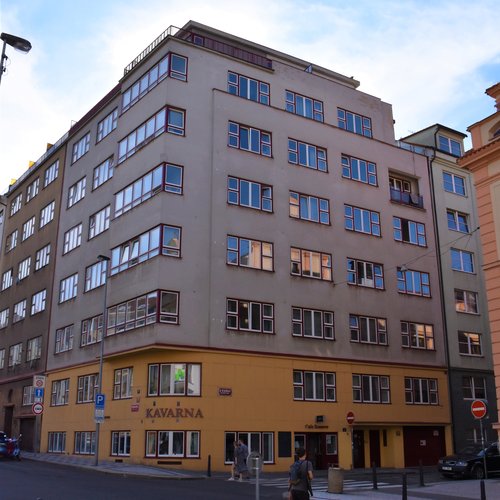 Today's use: Apartments and café

Houses for which garages have already been designed.

The two houses relate to each other in their design. The house Strojnická 10 combines all details of the house U studánky. Additionally it features an oculus window above the entrance door.
The house U studánky 1 is formally very strictly organised. Most of the windows are casement windows. However, a certain expressionism can already be observed in these, as the two outer window areas are halved. A fascinating detail of the house are the ribbon windows in the oriel, which are designed as corner windows on the sides. This oriel is a kind of an extension of the facade in U studánky Street. In order to make the facade on U studánky Street appear more striking, it is slightly protruding from the second to the fifth floor. And since the author apparently liked it more playful, the last window on the fifth floor is designed as a balcony. So all the other residents in the house will probably be a little envious about this flat with a balcony.
The oriel is contrasted by the curvature below it. The lowest floor is part of a café/shop and is designed as a mezzanine. Due to this location, the building even reaches 8 storeys, instead of the typical 7 storeys of apartment houses in Prague.
A interesting feature a garages on the right side of both houses. The increasing demand for cars seemed to have been taken into account.

The houses were built between 1936-38. At the same time the architect Ervín Katona realized a two adjoining houses not far from this spot. 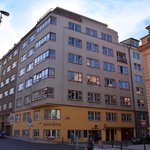 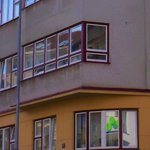 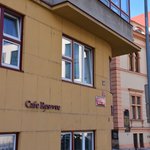 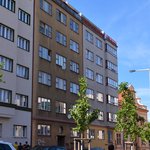 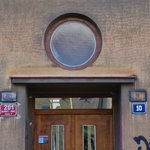