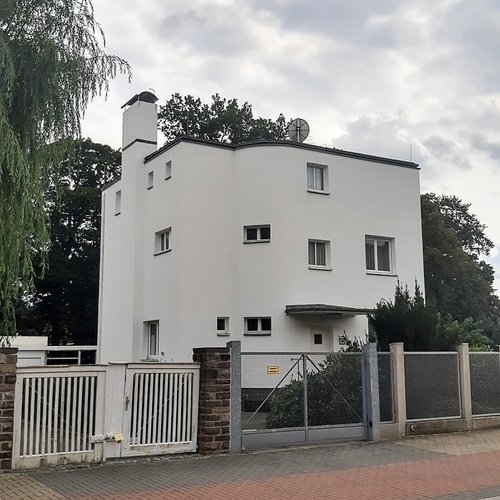 The house is designed in a rather organic character. In comparison with this house in Leipzig we assume, that the architect seems to have a preference for staggering the facades. The windows are of different formats and sizes, suggesting that Jaeger adapted them to the corresponding rooms: small windows for the staircase and bathroom, larger ones for the kitchen and the largest for the living areas.

At the back is situated a balcony on the first floor, facing the garden.

The roof of the house is not used as a terrace.

The house was built in 1928 and 1929 for Wurzen's mayor Georg Boock. Even if he was transported to penitentiaries in 1944 and 1945, the house remained a family property. This made it possible for him to move back into the house after the war. Later it was sold and changed the ownership. 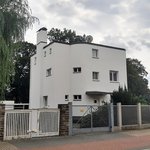 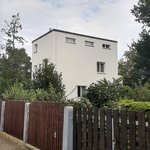 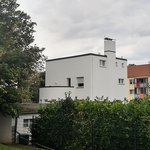