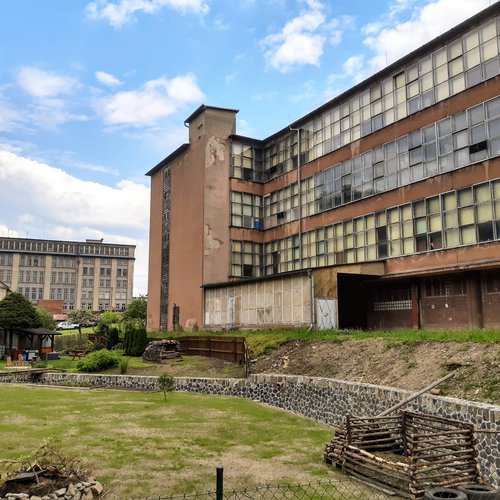 A factory influenced by Walter Gropius' Bauhaus building in Dessau.

From the street, the building is flanked on its east and west sides by two staircase towers. Between them is the production area. A lot of light falls into the interior because of the large windows. Supporting beams or walls between the windows were not used, giving the building a great airiness with three floors mainly formed by those ribbon windows. Only the parapet is the support of the facade. Inside, pillars carry the load of all ceilings and the roof.

We have not yet been able to photograph the south side. It shows the ribbon windows without interruption along its entire length.

Josef Franz Palme inherited the Schindler textile company, which is why this factory originally bore that name. It was a knitting factory that produced women's stockings. Mr. Palme built not far away from this factory his own huge villa.

In 1945, the German-speaking owners were expelled and expropriated, the factory was nationalised and became part of the Elite and Eva textile factories. After the end of socialism, the company was privatised and is producing knitwear today. 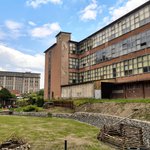 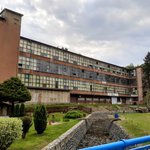 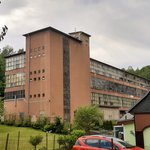