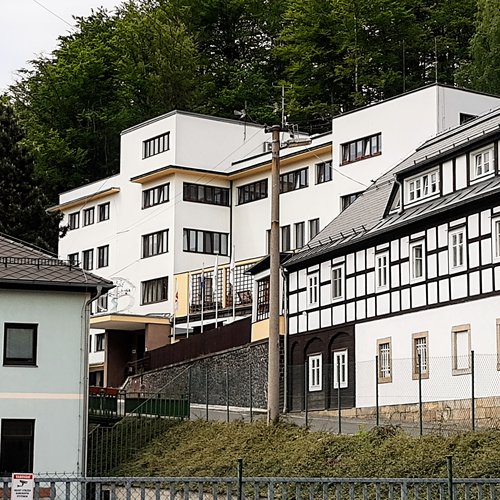 It's hard to believe, that this huge building was once used as a villa for one family. It is often said, that it is the largest or one of the largest villas in Czechia.

The villa consists of four cubes. Standing in front of the house, the left-hand, north-western cube has been altered the most. The two upper floors were added to provide more space for the centre after World War II. Originally, the villa's garages were in this area and the caretaker's flat was on the first and second floors.

In the cube next to it is the entrance to the villa with a large canopy. The floors above contained various rooms. In the neighbouring cube to the right was the huge living hall with the long windows. Its height extends over two storeys. A wooden staircase is inserted in it, which leads to the other living rooms. Above the hall are rooms with ribbon windows, one of the most modern elements of the villa.

The first floor is surrounded on the right by a terrace with a pergola. This was built out of reinforced concrete. Another terrace is located at the back and forms a bridge to the hill and the forest.

The expressionist cornices are very striking and emphasised even more by the yellow colour.

The textile manufacturer Josef Franz Palme demolished his older villa from 1912 to built this villa in 1928. The old foundations were used for the new building. The building was apparently not very popular or Palme Palme was envied for his wealth, because the villa was jokingly called the monkey pavilion (Czech: opičí pavilon/opičárna, German: Affenpavillon/Affenkasten). Not far away from this villa Palme built a factory building for his company in 1929.

After confiscation in 1945, the house served as a recreation home. Today it is a centre for people with mental disabilities from Prague. The centre tries to take the original condition into account when carrying out building measures. 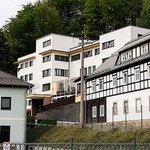 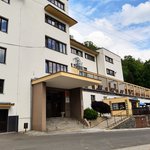 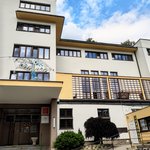 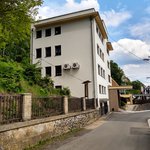 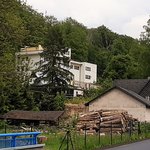