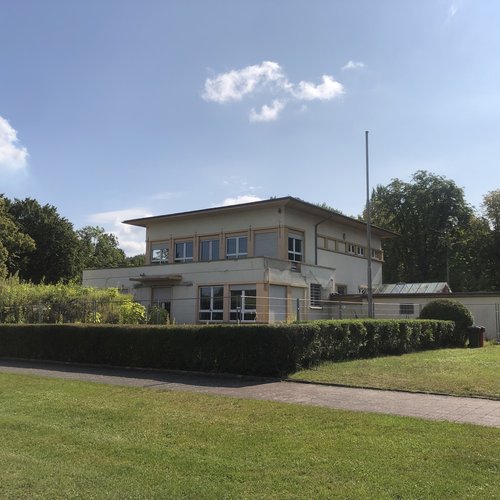 The extensive outdoor pool and sports facilities of the Rheinstrandbad are arranged symmetrically around the bathing pool with sandy beach, which branches off from the Rhine in a crescent shape.

The high-rise buildings by Robert Amann, built in 1928/29, consist of a two-story central restaurant building flanked by two flat locker room buildings for men and women with interior gymnasium courtyards. The design with flat roofs, window bands and smooth plaster surfaces is oriented on the Dammerstock. There is even the use of exposed concrete on the locker room buildings. Over the years, many parts of the baths have been redesigned and additional pools have been added.

Despite an enormous need for investment, the bath is to be modernized in several phases by 2030. This includes the general renovation of the restaurant, a new entrance and cashier area, and the renovation of the paddling pool and changing building.

In 1924, the technical mayor Hermann Schneider had the vision of building an open-air swimming pool, and so the Rheinstrandbad Rappenwört finally became part of the general development plan of the Karlsruhe civil engineering office in 1926.

In 1928 an artificial crescent-shaped bathing pool (433 meters long, 148 meters wide and up to eight meters deep) was laid out for the construction of the Rheinstrandbad, which was separated from the Rhine only by a green strip and was connected to the Rhine in such a way that it was permanently flown through with fresh Rhine water.

The Rheinstrandbad served mainly those groups of the population, who could not afford a summer vacation away from home, for refreshment and recreation. Therefore, numerous playgrounds and sports facilities were built. There were 18 courts alone for ring tennis, which Schneider had introduced on the Rhine island. Visitors to the baths could also play soccer, basketball, volleyball and table tennis or do gymnastics on Rhön wheels.

The buildings of the Rheinstrandbad were planned by the architect Robert Amann. 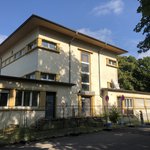 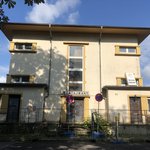 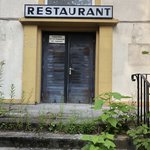 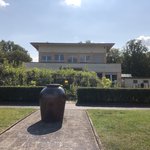 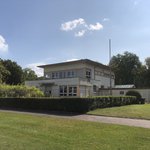 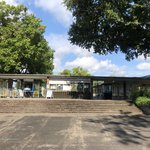 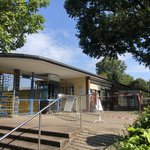 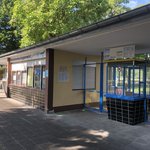 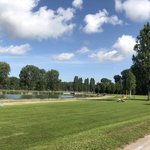 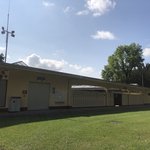 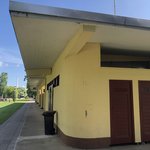 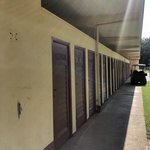 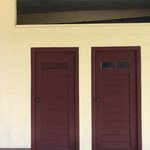 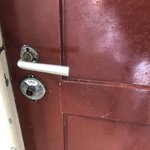 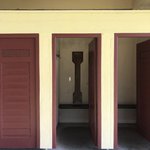 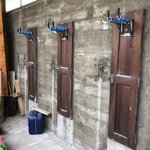 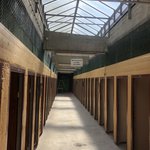 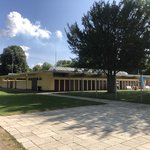 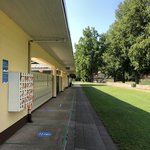 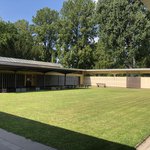 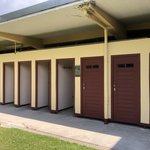 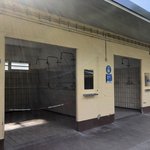