Hermann Schneider was Technical Mayor in Karlsruhe from 1919 and responsible for urban planning and construction. He was instrumental in the creation of the general development plan for Karlsruhe, which came into force in 1926. Among his most important projects were the Rheinstrandbad Rappenwört, the most modern lido in Germany at the time, and the Dammerstocksiedlung.

Schneider had recognized the importance of the latest currents of the Weimar Republic and was in close contact with Ernst May and the (Social Democratic) "New Frankfurt". Although he was originally politically close to the Catholic Center, he was extremely innovative in his time.

Schneider had to leave his office in 1933 under pressure from the National Socialists and fled Karlsruhe to avoid arrest.

Hermann Schneider is considered the initiator and promoter of the game of ring tennis. 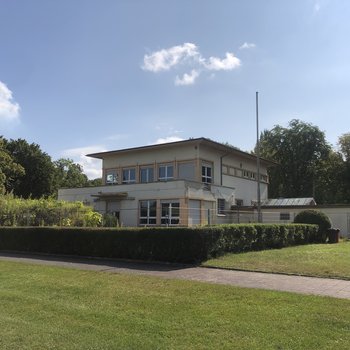