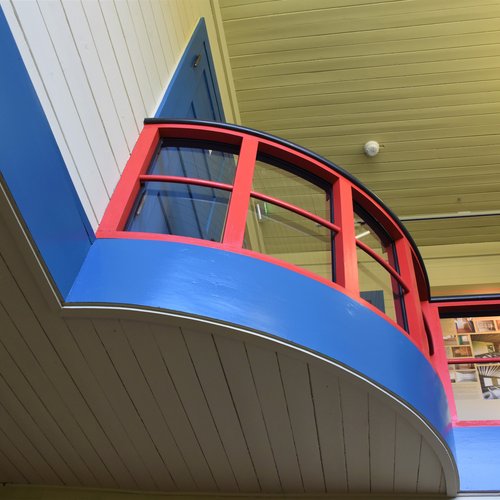 Timber constructions were often plain buildings already long before the the 1920s. From the outside, the house appears modern, especially through the window formats and sizes. Relatively large windows are inserted on the terrace side; on the opposite north side, the window sizes vary according to the rooms. The attics are inserted under the gable roof.
The most impressive part of the interior is the hallway with the staircase, where the blaze of colour unfolds between red, white and blue. The chimney of the house runs right through this area. On the ground floor are three large rooms. The former living room, dining room and a so-called man's room. This room still has an original built-in wardrobe. With its dark colouring, it is contrasting to the house's cheerful interiors. All rooms on the ground floor are connected with sliding doors.
On the upper floor were the various bedrooms and common rooms, which today are mostly used as offices. The walls are made of wood and painted in different, mostly strong colours. The interior and exterior walls are connected with the groove system. This means that they have no disturbing connecting pieces on the side that is visible in each case.

Built in 1927 for the director of the Christoph & Unmack company in Niesky. The outside of the house gives a more traditional impression than the interior. However, in comparison with the older magnificent villas in the city, because Niesky was a flourishing industrial town, this house is particularly striking due to its simple design. In the times of GDR the house was used by an state organisation called FDJ. In 1983 the house was listed. After lengthy restoration work on and in the house from 2010, it is now open to the public as a museum. It is also home to the Konrad Wachsmann's House Foundation. 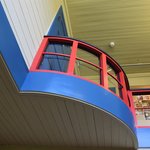 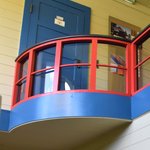 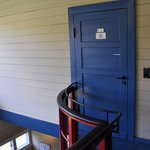 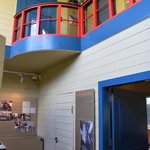 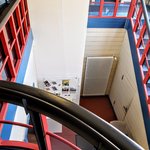 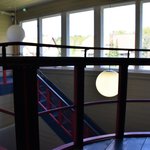 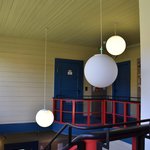 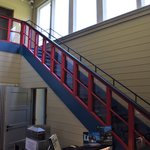 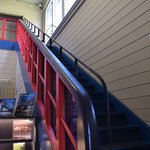 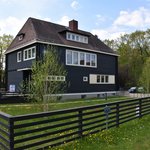 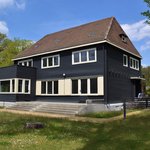 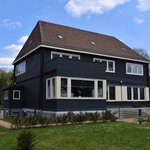 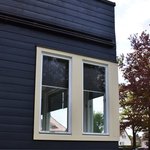 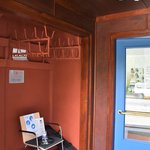 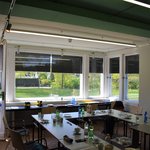 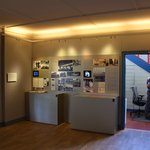 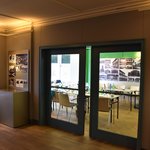 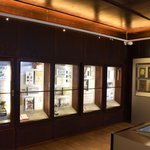 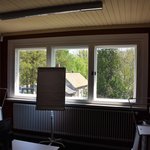 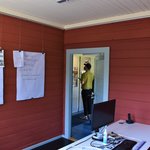 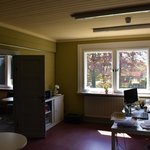