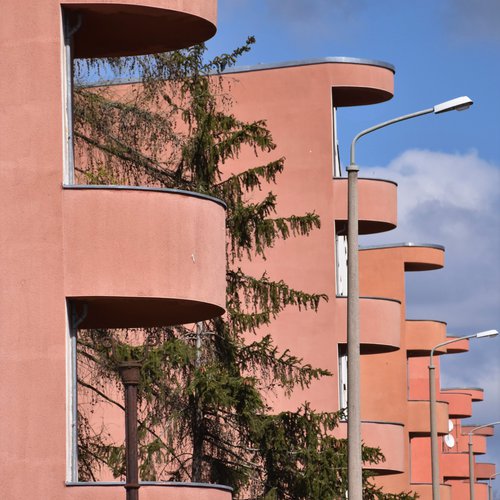 It is hard to find a similar architectural example in Leipzig that appears so playful without being kitschy.

A residential complex with a strong north-south orientation and some blocks with an east-west orientation was built with a total of 152 flats.

The overall view of the two long blocks is dominated by the protruding balconies. In contrast to the white colour of the blocks, these are painted red, which makes them a particular striking element for the whole street. The blocks are set at a slight angle to the street, which makes the balconies stand out even more. At the level of the balconies, the firewall between the houses is always set, which has also been highlighted in red. The two blocks at Faradaystr. are rounded houses on their northern, turning into the neighbouring streets. As the street rises to the north, the effect of the architecture is enhanced by a stair-like rise of the houses with their characteristic balconies.

The two long blocks are still designed according to the typical block building architecture of this region until shortly after the First World War. This means that the block along Faradaystr. has no passage or any other opened architectural element leading towards the courtyard.

Ritter chose a striking architectural solution for the long northern block at the junction Faradaystr./Yorckstr. The block ends on its southern side with the level of the balcony, placing only one row of windows in the southern facade. At the same time, the position of the flat roof with a slight slope is very well visible.

However, one element of the architectural development from the 1920s is realized between the houses Faradaystr. 33 and Blücherstr. 2, where it is possible to walk between the houses and the block is opened. This can be seen in a similar way at Faradaystr. 41, where a path leads to the back of the houses, but the neighbouring building at Yorckstr. 14 was only built in GDR times.

The small block of houses in Blücherstr. is set back from the two long blocks in Faradaystr. and also appears less conspicuous. The courtyard sides of all houses have also been less characteristically designed.

At the time of construction, the area north of street Yorckstr. was undeveloped. The housing estate adjoined an already built-up area to the south. Coming from Georg-Schumann-Str. through Hugensstr. towards the Faradaystr. housing estate, the development of housing construction since the 1910s, the so-called reform style is very good to see.

After Hubert Ritter's project for the Leipzig Rundling, he realised from 1930 to 1931 another project in the district Möckern. 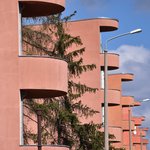 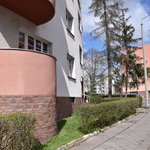 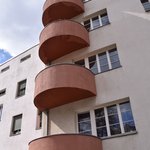 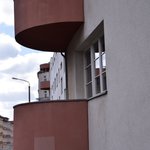 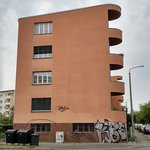 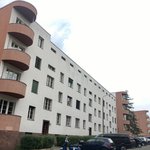 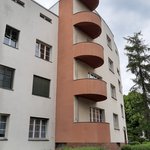 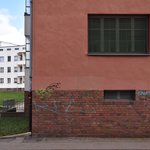 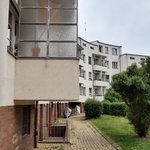 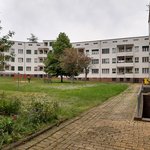 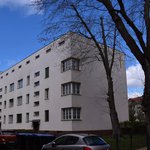 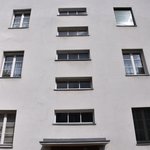