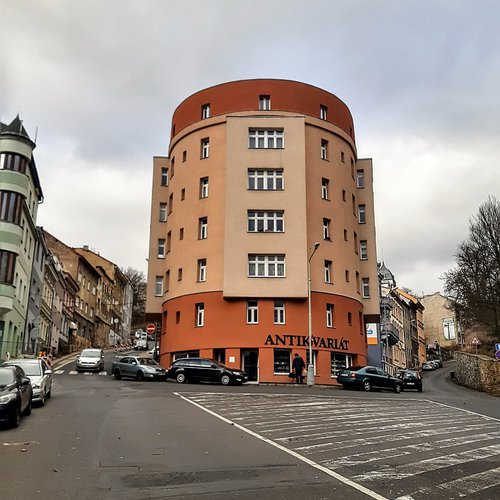 Today's use: Apartments and shop

The V-shaped house at a Y junction.

The house stands on a very prominent point, making it very eye-catching. Approaching from Velká hradební Street, the house is elevated and looks very imposing. It should also be mentioned, that it was built at a Y junction, affecting the houses' V-shaped design. Three long oriels were attached to the house, giving it an expressive character, which is reinforced by the inserted round windows in contrast to the angular windows.

The window sizes, but even more the doors on the ground floor are very small, in order to possibly reduce material costs.
The addition of thermal insulation has altered the plasticity of the house, as the building now appears more massive.

The apartement house Na Stráži in Teplice could have been an inspiration for this house.

On this website are two pictures, which show the house in different states, at different times. 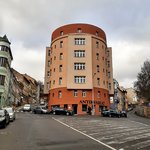 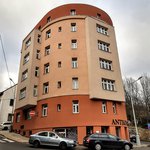