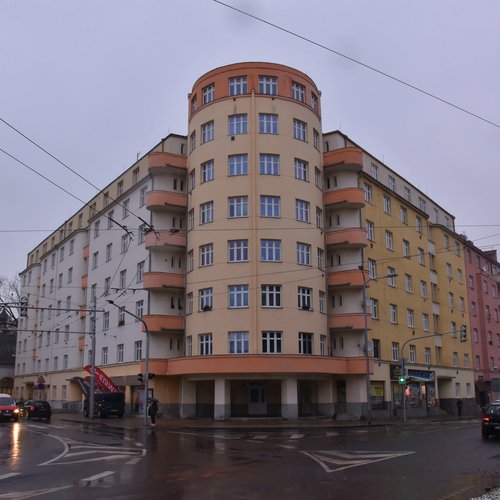 Today's use: Apartments and shop

An impressive corner house as a Czech statement in a formerly almost exclusively German-speaking region.

The house was built as a dominant feature of the intersection. The central tower-like semi-circular avant-corps with the balconies to the side immediately catches the eye. In the middle of this tower runs a pilaster strip that precisely marks the separation of the flats. In addition to the tower, the entrances and staircases are designed particularly expressive. Otherwise, the house with its casement windows corresponds to typical Prague houses that were already built in this way in the first half of the 1920s.
The house has a total of four entrances and the flats have either one or two further rooms in addition to a bathroom, separate toilet, pantry, hallway and kitchen. The construction of the micro-apartments, or social housing, could have emphasised that the Czech avant-garde was concerned with solving social problems.

The name Na Stráži means Frontier guard in English. This refers to the German-speaking settlement areas in North Bohemia until 1945 and the nearby border with Germany. Since the house is very large and impressive in relation to many buildings in Teplice, it could also be called bodyguard.This house was considered as a pure Czech project. The entire tender was in Czech, which was not common in Teplice until 1945. And the architect was choosen from Prague. So the house was also labelled above the main entrance Na Stráži, probably not arousing too much sympathy among the German-speaking population. Nowadays, the militant-sounding term for the house is avoided and replaced by the former co-operative's name Bytová péče. 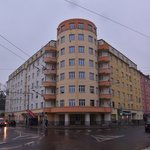 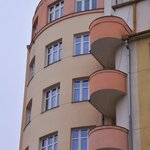 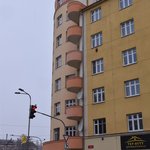 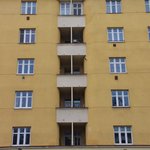