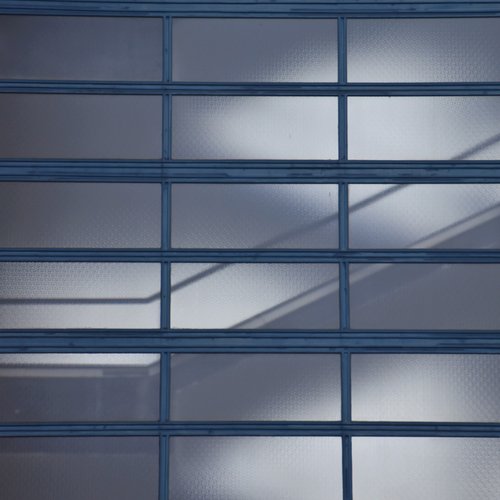 For the original use, independent blocks were built for each type of school. These are connected to each other with a tunnel system. On the relatively small area, the school is surrounded by a gym, a playground and greenery. When the school was opened, the architecture was more visible; nowadays there are large trees in front of the individual buildings.

For this school, the ideas of the Open Air Schools from the Netherlands were adopted. The entire building is flooded with light and the reference to fresh air is implemented everywhere. The main facades are facing southeast. This prevents the rooms from heating up too much in summer. Nevertheless, this compass direction is optimal for a lot of light.

The highest buildings are the original gymnazium, the high shool or grammar school. The slanted windows are part of lecture halls. The floor rises slightly towards the back and the windows follow the shape of the floor. On the the grammar school's roof is located a large roof terrace with a concrete awning.

The centrally placed buildings were once the primary school. Lessons for this school type could be moved to the terraces in front of the classrooms.

The main facade of the former kindergarten is made of glass doors that can be totally opened. In warm weather, this creates a seamless transition between indoors and outdoors and is a paradise for small children.

The gym with a stage can be transformed into an aula or a theatre. Giving rooms not only one function and using them at different times for different events is a proof of high effectiveness and also an attempt to save material.

On this website are many historical pictures. And this video with Zdeněk Lukeš is worth to see, even if you might not understand Czech. It is also said, that the last renovation was carried out very carefully. The artificial stone has been given back its blue colour, the round lamps have been retained in the building and the physics laboratory has even been preserved in its original state.

This school complex is designed like a small town. The children should spend their time here from infancy to high school graduation and come into close contact with the French language. A little excursion: French and France were held in high esteem in Czechoslovakia. Already during the time of the Austro-Hungarian Monarchy until 1918, the reference to France was chosen in order to escape the German-speaking dominance within the monarchy. This policy was continued during the First Czechoslovak Republic. Thus, official documents, such as passports, were issued in Czech or Slovak and French.

In 1958 the school was listed as a national monument. Today it is used as a kindergarden and primary school. 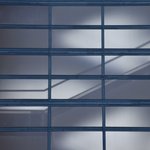 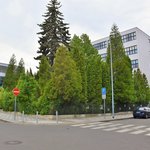 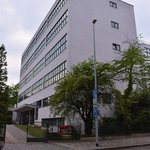 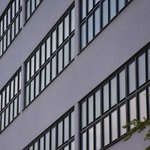 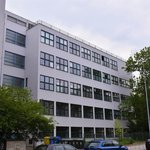 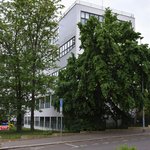 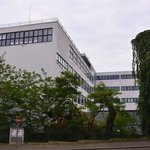 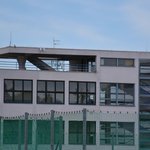 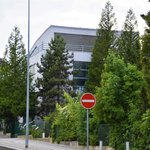 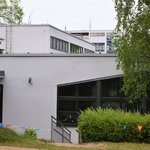