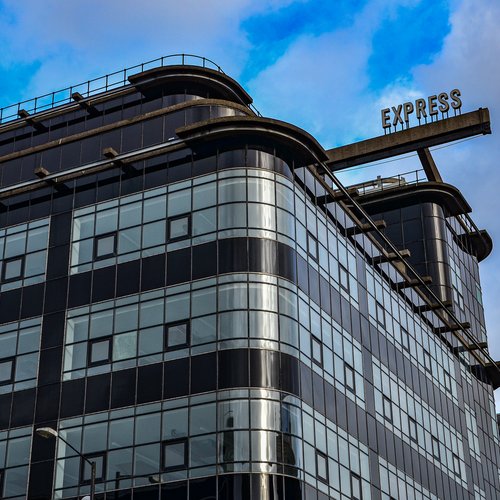 Today's use: Apartments and offices

The original building had a brighter shape, because the windows were transparent. This must have been impressive, especially on the ground floor, because all pedestrians could see into the printing hall from outside. With the renovations, the building was given mirrored windows, symbolically closing itself off from the public.
It is always praised that in contrast to the older Daily Express building in London, this building unfolds its splendour much more. The street space is simply larger, so that the building with its distinctive shapes can be perceived better.
The curtain wall was filled with glass. Inside, the individual storeys are supported by concrete pillars whose four-sided supporting structures are visible.
The rounded corners give the building a special elegance. The expressiveness of the building is enhanced by the advertising used, for example with the lettering Express on the roof.
Originally, the building ended at the northwest corner next to the entrance with the stairway. On this website is a picture from 1939.An extension has been added to this area, which takes up the forms of the old house, resulting that the idea of a slender tower end in a rather clumsy, ungraceful form.

To see the present use of the building click here.

There had been a Daily Express printing works on this site since 1927. Construction work for this building began in 1936 and it was opened in 1939. The lower floor housed the rooms for the print shop, the upper floors were used as offices.
At the end of the 1980s, the production of print media ceased in this building. Although listed in 1974, it has been rebuilt four times so far. In addition to preserved original forms, the entire northwest corner and northwest facade were rebuilt as an extension. In doing so, it takes up the original design features of the building. This extension probably dates from the reconstruction phase in the 1990s. 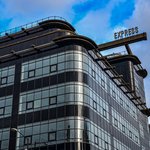 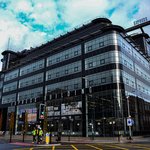 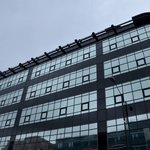 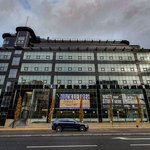 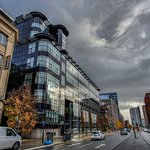 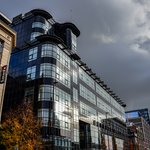 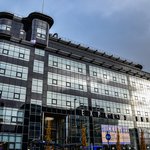 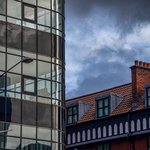