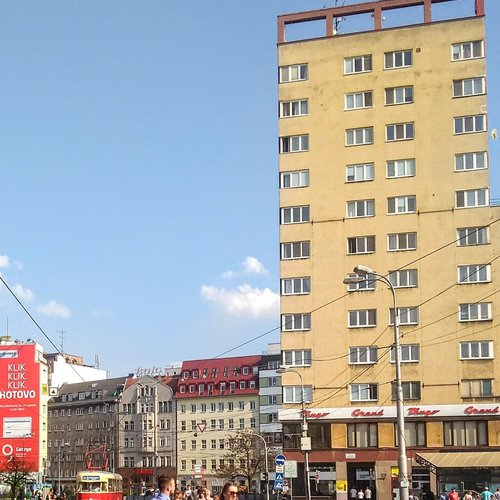 The construction has an interesting design. The building made of reinforced concrete is hold by pilaster strips along the facade, that which go beyond the 12th floor and enclose the building like a frame. The ground floor was and is used for shops, outside it is covered by a covered footpath and and passage inside the building, the second floor housed offices and a café. All other floors are used as flats.

Rudolf Manderla was inspired by buidings he saw in Chicago and his wish arose to erect a high building in Bratislava as well. The plans for the house date from 1933 and were implemented by the three architects from Bratislava between 1935 and 1936. Like other buildings near this location, this house represents an attempt to conceive Bratislava as a big city in the 1930s. The property is located on the site of the former city wall. Their demolition resulted in creating the "Ringstrasse" of Bratislava.

Derived from the surname Manderla, the building is colloquially referred to as Manderlák. 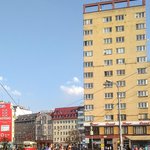 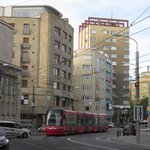