He started to study in Brno, but graduated in Munich, Germany. He designed major buildings in Slovakia during the 1930s and cooperated with the architect Augustín Danielis. He and his family went in 1944 to Linz, Austria. There he designed mostly insdustrial buildings.

He was buried in Linz, his remains were exhumed in 2004 and buried in the family grave Bratislava's cementery Cintorín pri kozej bráne.. 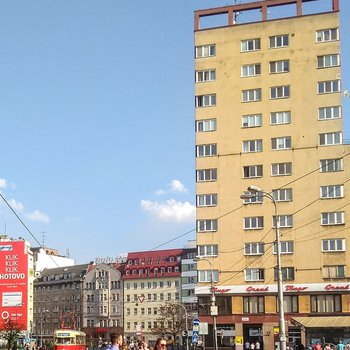