Until the expropriation by the Nazis, the brothers Salman and Simon Schocken were the owners of the Schocken department stores. Founded in Oelsnitz in 1904, they developed a network of department stores in Western Saxony, but also in other, mostly southern German cities.

Simon Schocken died in a car accident in 1929. In the same year, Salman Schocken founded the Schocken Institute Hebrew poetry studies and in 1931 the publishing house Schocken Verlag in Berlin, contributing the popularisation of Jewish authors.
In 1936 Sir Andrew McFadyean bought the company in order to Aryanise it externally. erman government succeeded by selling it to Deutsche Bank AG and Reichs-Kredit-Gesellschaft AG in 1938.

As Salman Schocken had to flee to Palestine in 1934, Erich Mendelsohn build for him a large private house with a library in Jerusalem. In 1940 he decided to live in the USA. The publishing house was then continued both in Palestine/Israel and in the USA.
He lived to see in 1949 the return of 51% of the shares in the Schocken company, which he sold to Horten in 1953.
He died during a trip to Switzerland.

In the eatern part of Germany, called GDR, the department stores became part of the state-controlled trade structures. The story ends with the company Galerie Kaufhaus, which absorbed all these former department stores gradually after 1990. 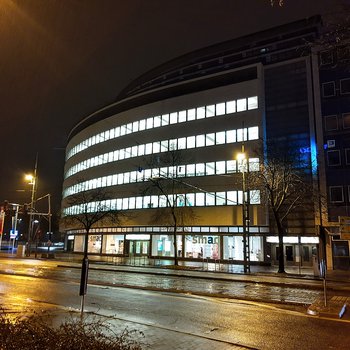 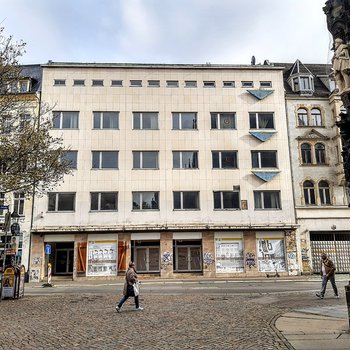