He studies at the Technical University in Prague. Together with Pavel Beneš Hajn and Alois Husník the established in 1913 the Czech Aviation Club, later called the Aeroclub of the Czechoslovak Republic. Together with Pavel Beneš he was the founder and main designer of the company Avia, at that time and aircraft repair and production workshop. They devoloped aircraft. Both started to work in 1930 for the aviation department at ČKD, was one of the largest engineering companies in the former Czechoslovakia.

On March 21st, 1946, he graduated as a doctor of technical sciences. In March 1948, he became a professor of aircraft construction at the Czech Technical University (ČVUT) and headed the Department of Aircraft Construction at the Faculty of Mechanical and Electrical Engineering.

He designed measuring and testing instruments for aviation. At home, that means in Hajn's villa, he built an accurate clock with an invar pendulum and equalization for the surrounding atmosphere. In his spare time, he documented birds: "all his life he wondered how it is possible that they sail much better than the most perfect aircraft." 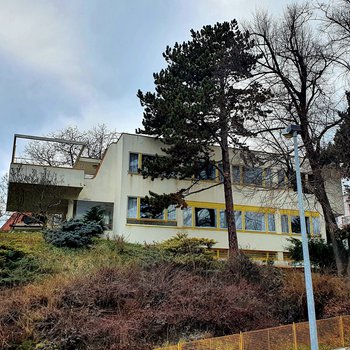