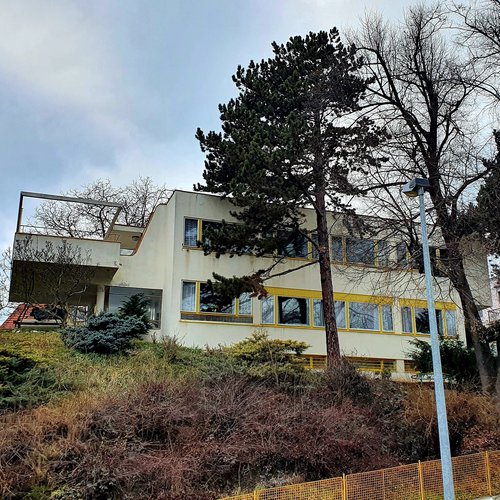 One of the most striking villas in Europe.

The popular quotation of the ocean liner's aesthetic, less dramatic the aesthetic of a public swimmming pool, was applied to the architecture of this house. The proportions of the villa are well balanced and its location in the garden, which is slightly sloping, enhances its elegant charm.

From the attached sun terrace in front of the south-west facade, a staircase leads up to the roof of the villa with a little "captain's bridge". In a open-air swimming pool it might be the diving tower. Hajn was probably interested in the aircraft of the nearby airports Prague-Kbely and Prague-Letňany. It is said, he would stand there waving to the pilots.

The villa itself is a two-storey building made of reinfored concrete on a elongated floor plan. The main facade faces southeast with strip windows for maximum lighting. The ground floor included a smaller and bigger parlour, a sitting area, a kitchen and a dining room, as well as a corridor. A staircase leads from the corridor to the first floor with small bedrooms and a study. The outer bedroom is connected to the terrace, which covers the lower veranda. This veranda is the hinge between the garden and the dining room via a winter garden.

At the northeast corner of the plot along the street is a garage, built at the same time as the villa. Also this garage is protected by the Czech Heritage.

Some historic pictures of Hajn's villa.

Trivia: For the German TV series "Charité", 3rd season (2017), the house was used as the residence of the couple Ingeborg and Mitja Rapaport. The footage shows only the exterior shots of the house. The interior shots most likely took place in another building. 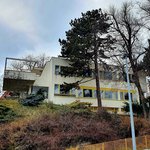 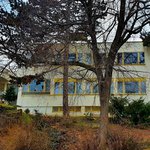 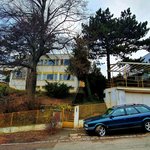 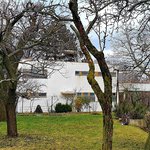