Karel Teige was a versatile, radically left-wing personality. He participated in the founding of poetism and was involved in visual arts, architecture, film and literature. He consistently propagated avant-garde art and lifestyle and was one of the members of the avant-garde group Levá fronta (Left Front).

As an organiser, theorist and mediator, he influenced Czech culture in the interwar period, especially with his ideas of poetism and surrealism. The Czech writer Jaroslav Seifert called his generation the "Teige generation". He was the leading figure of the Devětsil group, which endeavoured to propagate proletarian art, culture and architecture. He edited and designed its magazine ReD (Revue Devětsilu) between 1927 and 1930. He was in close contact with the second director of the Bauhaus, Hannes Meyer, and gave lectures at the Bauhaus in Dessau in 1929 and 1930. One of his major works is Minimum dwelling (Nejmenší byt) published 1932 in Prague. In the work, he deals with the question of how much space people need in a flat. He aims for the absolute minimum.

As he was already one of Stalin's critics in the 1930s, he was completely isolated in Czechoslovakia in 1948. He probably died of a heart attack on October 1st, 1951 as a result of this punishment. In the following days, his partner Josefina Nevařilová (October 2nd) and longtime mistress Eva Ebertová (October 12th) committed suicide. 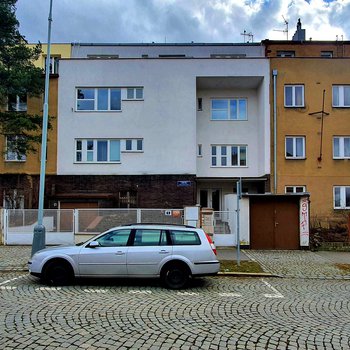