Jiří Fischer worked as a doctor. After his studies he went to Roztoky close to Jilemnice. The year he moved to Jilemnice is not known. It may have something to do with the construction of the villa with a doctor's office. He and his family only used the house for a short time. Because of his Jewish origins, he emigrated to Paraguay in 1938. In January 1946 Fischer returned to Jilemnice, but found the villa without furniture. We have a lack information about how his life went on. 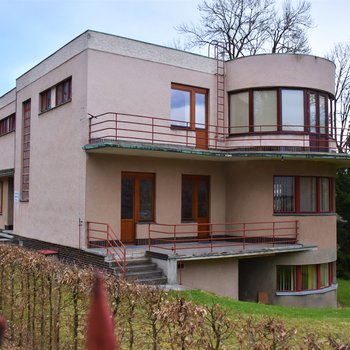