He studied architecture between 1909 and 1914 at the Technical Universities of Darmstadt, Munich and Dresden. After World War I he worked briefly in the city's building department of Mühldorf am Inn.

In 1921 he married Henriette Engel and moved to Halle (Saale) and worked from then on in the architecture office of his uncle Gustav Wolff. He run the office by himself between 1929 and 1939 after his uncle's death. The Nazis banned his office, probably because of his democratic beliefs, because he was a member of the Rotary Club. He was obliged to build motorway bridges and housing estates. After 1945 he worked on smaller projects and was busy repairing war damages in Halle (Saale). In 1951 he moved to his birthplace before moving to his two daughters in Willebadessen in 1966, where he finally died. 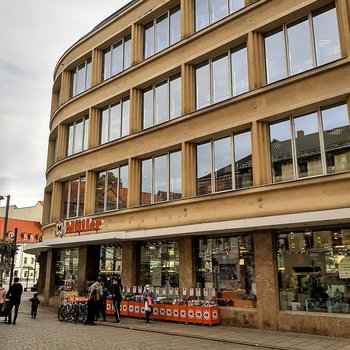