He studied in Berlin and Dresden and went to Dessau in 1925, where started to work as a “guide for Dessau's townscape and landscape. He got in closer contact with Georg Muche and Marcel Breuer. Together with Muche, he worked intensively on rationalising forms of architecture and urban planning and in 1927 he became assistent of Walter Gropius. After Gropius left Dessau, Paulick went in 1929 to Berlin and opened his own architecture office one year later. As a member of the Socialist Worker's Party he was forced to leave Germany in 1933 and went to Shanghai, where he became a professor and urban planner. In 1949 he returned to Germany and decided to live in the eastern part.

In the period after World War II, he participated in major projects in the GDR. These included a construction section on Berlin's Stalinallee and his post as chief architect for Halle-Neustadt. 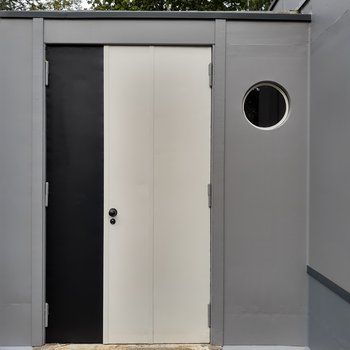