He studied at the Stuttgart Technical University (Technische Hochschule) with Theodor Fischer and Paul Bonatz. After graduating, he worked as a town planner in Katowice, Poland in 1906 and 1907, then shortly in Wilhelmshaven, Germany. For a short time he worked in Berlin, then in Hanover. He created most of his buildings in Dresden, where he was employed as a city architect from 1922 to 1945. He completed more than 20 major commissions, including the restoration of the Frauenkirche between 1924 and 1927. Initially, he created buildings in the style of Historicism, but in the 1920s he moved on to Expressionism and Art Deco and gradually adopted the trends of Modernism. In addition to building houses, he was also involved in urban planning. Between 1945 and 1952 he was a consultant for urban planning at the Ministry for Reconstruction in East Berlin. He died in 1957 in Württhemberg, the region where he was born. 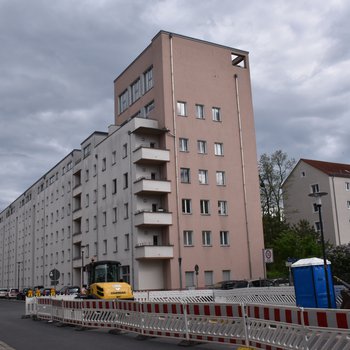