He learned to be a bricklayer for two years. In 1917 he obtained his school-leaving certificate in Prague. In autumn 1918 he began to study architecture at the Academy of Arts, Architecture and Design in Prague. His teacher became Jože Plečnik. He graduated in 1921 and worked briefly in the state regulatory commission for Prague and its surroundings. From 1924 he worked as an independent architect, leaving behind most of the buildings in Prague and eastern Moravia. 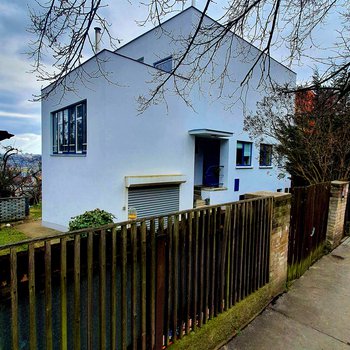