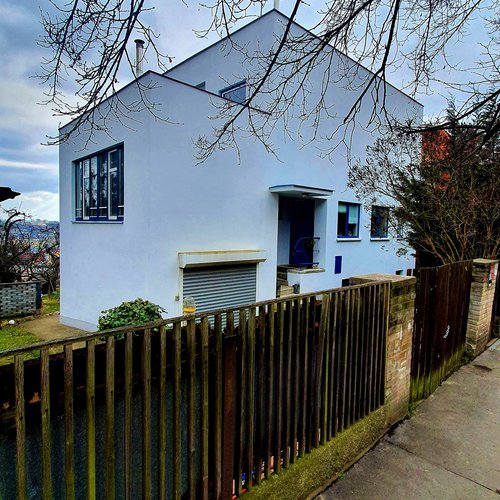 One year after Hajn's villa this villa was built. Both interwar villas are particularly valuable in terms of quality and art history in Prague-Vysočany.

The house has a square basic shape with a central structure that has three floors. The entrance is on the north side. An interesting entrance zone is accentuated by a small canopy. It can be assumed that the kitchen and probably the bath room adjoin on the north side on the ground floor.

To the east, the cube building was given a porch with a large window. The roof area does not appear to be used as a terrace, as there is no railing and only a metal ladder leads up to the roof on the south side.

The house is impactful due to its simple design, the white facade, the blue window frames and the blue railing at the entrance door. 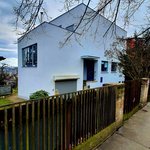 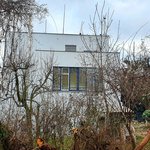 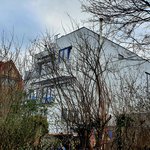 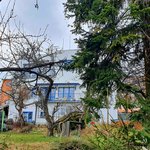