He got in contect with the most prominent architects of the turn of the 19th and 20th century. His teachers at the Prague Czech University were Josef Schulz and Josef Fanta. In 1909 he worked in Jan Kotěra's office. He learnt to work in the classical style of classicism, later in Czech cubism and Art Deco. He worked as an architect and stage designer, opening his own studio in 1917. In the 1920's he was mostly influenced by the ideas of Czech functionalism. He also worked as an urbanist. For the World exhibition in 1926 in Philadelphia, USA, he designed the Czechoslovak pavilion. 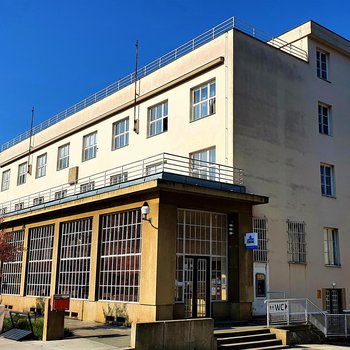