He studied at Brno University of Technology with Jiří Kroha as his professor and in 1926 as a co-worker in Kroha's office. In 1928 and 1929 he joint Bohuslav Fuchs's office.

From 1929 he was employed as a project engineer at the Post and Telegraph Directorate, and after the communist turnaround at the State Stavoprojekt Brno.

The American architect Philip Johnson organised an exhibition at the Museum of Modern Art in New York in 1932 on current modern architecture worldwide. After his visit to Brno, for example to the Villa Tugendhat, he mentioned Josef Kranz in the exhibition catalogue as one of the most talented architects in Czechoslovakia.
Although he designed buildings of high quality, he was hardly able to assert himself in Brno. It is assumed that he had low self-confidence. 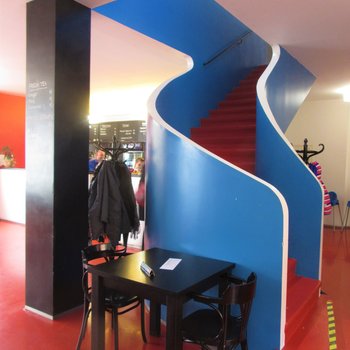