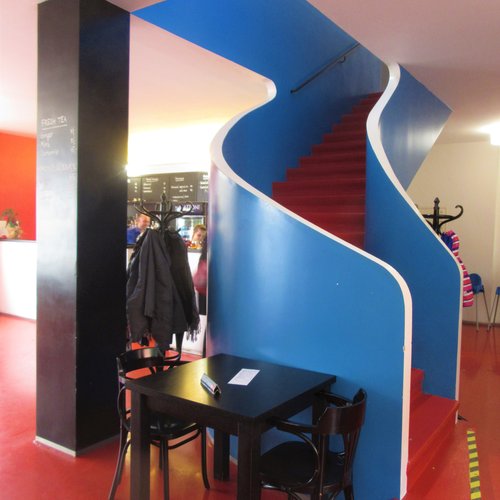 The architecture as an event and the interiors are accessible.

Kranz took the idea for this building from J.J.P. Oud, who designed the Café De Unie in Rotterdam in 1925.
The exterior design of the building was influenced by the Rotterdam model by using the asymmetrical arrangement of windows, placed differently on each floor. This has something human and natural, because nothing can be or might be 100 % symmetrical. A horizontal glass front on the right side of building is part of the house's staircase. A nice, charming detail is the inscription ERA on the first floor, adding typography to architecture.
In Brno, Kranz created a café and restaurant on the two lower floors. Both floors are connected by a curved staircase typical of the Dutch  group de Stijl.
The staircase's colour concept was influenced by the Dutch movement as well. The colours white-red-blue are also reminiscent of the Czechoslovak/Czech tricolour. In the cafe once were in use Thonet chairs with the striking curved design. Such chairs are also used again today.

Built between 1927 and 1929, built on the ground floor and first floor as a café and restaurant and the second floor as the owner's/developer's flat with a terrace on the back of the house.

During the socialist time in Czechoslovakia this place was changed to a beer pub and in the 1970s and 1980s used by the University of Agriculture. After 1989, the house was returned to the rightful heirs, but they organised an uncoordinated restoration, so that it was only in 2011 that it became clear that the building had been saved. 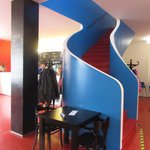 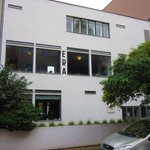 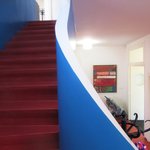 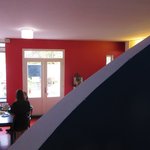 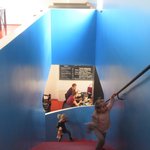 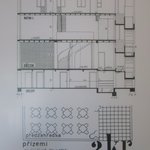 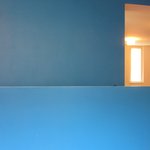