In 1908, he began studying architecture in Munich. He also completed an apprenticeship as a carpenter at the Deutsche Werkstätten in Dresden-Hellerau from 1919 to 1920. From 1921 to 1924, he worked as a professor and head of the interior design class at the Burg Giebichenstein School of Arts and Crafts in Halle (Saale). From 1924 he started to work as a freelance architect in Halle (Saale), but moved to Berlin in 1928 and concentrated primarily on housing construction. After World War II, Niemeyer worked mainly as a painter, but was also involved as an architect in East Berlin. In 1955, he was one of the founding members of the Free Association of Visual Artists of Berlin. 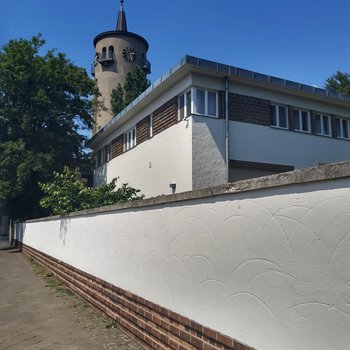