Between 1913 and 1919 he studied at the Academy of Fine Arts in Vienna with Leopold Bauer. As early as 1920 he opened his own architectural office in Brno. He succeeded in becoming the director of architecture and regulation of Brno's municipal building office in 1922. He remained in this profession until 1925. From 1926 he became an independent architect and endeavoured to promote social housing projects. In Brno he was responsible for the construction of many cooperative buildings.

From 1945 to 1956 he was the director of the construction department of the Provincial (Regional) National Committee in Brno. In the 1950s, he also became intensely interested to protect the environment and began to work with naturalists and conservationists. In 1965, he was awarded the Order of Labour. 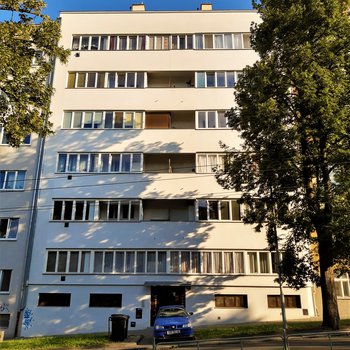