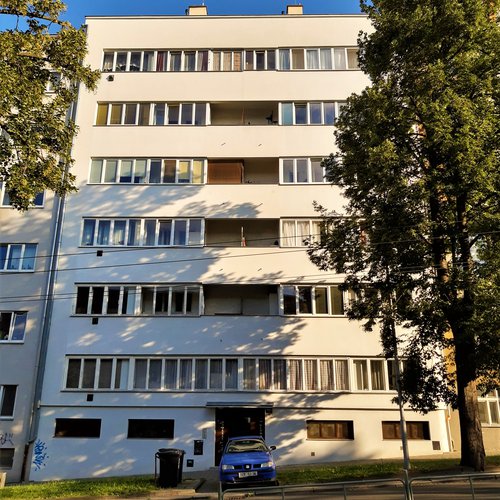 At the first glance, the houses in the three streets do not appear as a unit. The architect planned them as a block. Very exciting buildings are the four identical houses in Zahradníkova street. Today they look a little different, as they were painted differently and the windows were not designed according to one model. These houses once had a zone of ribbon windows on each side. The two middle zones were highlighted with loggias, so the living rooms were a bit behind them. During reconstruction works the loggias were downsized and the glazing was enlarged. The houses in Tučkova and Kotlářská streets did not have loggias and ribbon windows. Classic windows were used. Instead, the facades were softened with small balconies at the corners. An extension of the available building ground is achieved by creating a small U-shaped courtyard in the middle of Tučkova Street.

The houses have green backyards without any further buildings, a benefit to the welfare and health of the tenants.

The flats are mostly one bedroom apartments, some few two bedroom flats, with a larger kitchen, replacing the living room.

The houses were built between 1928 and 1931.
To see the difference to the time the buildings were built, please click here. 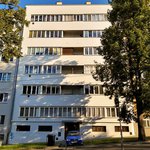 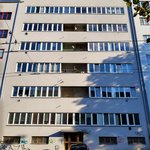 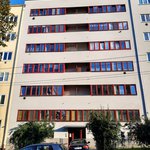 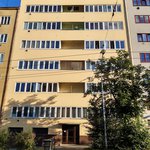 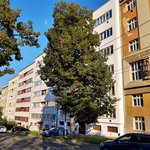 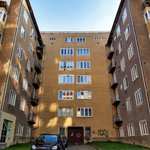