Jindřich Freiwald studied in Prague between 1913 and 1918. In the first years of his work he used a decorative style, which is also called National style in Czechia. In 1923 he opend a architectural office with Jaroslav Böhm. Gradually he took up the impulses of modern architecture. However, he will never be able to completely deny his school. This is reflected by the frequent use of statues. In his extensive work, he often designed public buildings such as banks, train stations and theatres during the 1930s.

He was shot dead by German soldiers during the Prague Uprising on May 9, 1945. 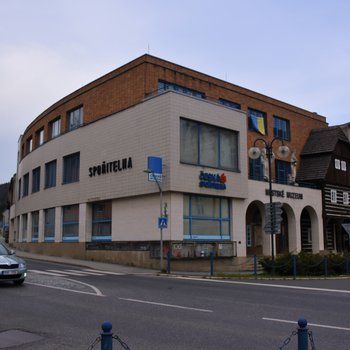