Koch began to study at the Technische Lehranstalt Chemnitz, Germany and was placed from there to the Royal Saxon Technical University in Dresden, where he studied architecture from 1904 to 1907. Because of his excellent study results, Koch received a travel grant and visited the USA, Hungary, Italy, France and the UK. In 1912 he married Margarete Foll from Nerchau in Saxony and therefore he moved to the small town on the river Mulde in 1920. He became a partner in the management of the paint factory Hessel, Foll & Co. with the reservation that he could continue to work as an architect. After the end of the Second World War, the family property including the paint factory, which was run by Koch's son Dietrich during wartime, was expropriated in 1946. Koch, who had joined the National Socialist German Workers' Party (NSDAP), was denazified on March 10, 1948 as a less engaged member. With the architecture office founded in Leipzig in the mid-1940s, Hugo Koch participated in reconstructions, especially in the school sector. At the beginning of the 1950's he was forced to go to Berlin and from there via Idar-Oberstein to Wiesbaden. Here he ran an office for architecture from 1955 until his death in 1964. In Saxony he used the natural stone of volcanic origin typical of the region along river Mulde, commonly known as porphyry tuff. 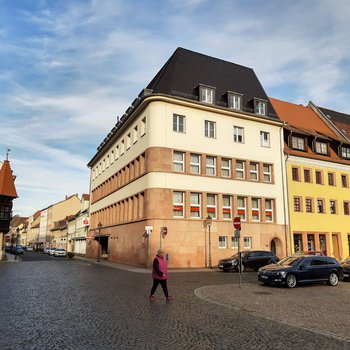 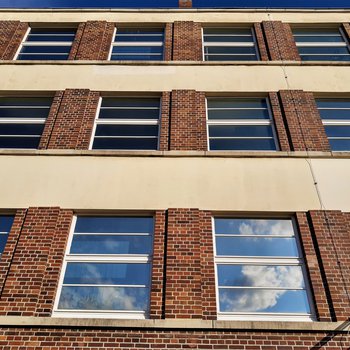