A person with an exciting life, born as Vojtěch Ženatý. After fighting on the Russian front in World War I, he emigrated to the USA in 1918. There he received citizenship in 1925, got married and lived in Cleveland. He wrote features about the life and economy in the United States. These reports were published as a book in Czechoslovakia. Being enthusiastic about Ženatý's feature pages, Tomáš Baťa, the owner of the Baťa works in Zlín, offered him a post in Baťa's publishing house TISK. However, in 1928 he became a journalist for Baťa. At the same time he excelled as an architect of several houses. In 1930 he went back to the USA to work as a mechanical engineer. But due to the global economic crisis, he returned to Czechoslovakia in 1931 to start a new life in Prague. Because of the German invasion of Czechoslovakia, he went back to the USA in 1939 and never returned to Czechoslovakia anymore. 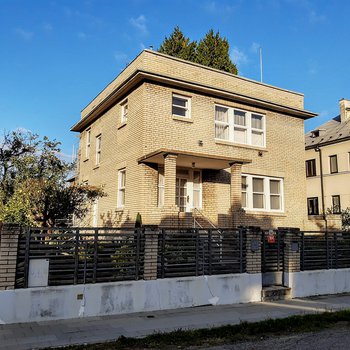