Schwarz was a child of a German speaking family. He moved to Prague in 1919. He worked as an architect and engineer. It is assumed that he studied in Vienna. He left most of his buildings in Prague, but also in Liberec. It is very likely that he emigrated to India with his wife in 1939. His death is equally uncertain. This is dated from 1948. Other assumptions state his death in 1945 in the Dachau concentration camp in Germany. But it is most likely a namesake. 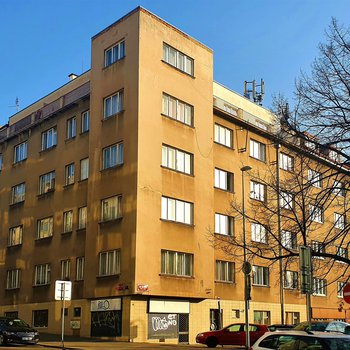