He was a pupil of Pavel Janák at the Prague Academy of Arts, Architecture and Design (Vysoká škola uměleckoprůmyslová). During this time he went on study trips to Germany, Swede and Denmark in 1930 and to Belgium and the Netherlands in 1933. He graduated in 1933 and went to Prostějov on Janák's recommendation, where he lived until 1974. Until 1939, he experienced a short but intense period of creativity. He exclusively designed buildings in Prostějov. Due to the Second World War and the communist coup in 1948, he lost his work as an independent architect. In 1949 he was appointed head of the state Stavoproject in Olomouc. However, he was very dissatisfied with this work. Several attempts to escape the position for health reasons lead him to work as a main specialist in architecture until 1966. He dies in Prague, but is buried in his birthplace. He designed the grave himself. 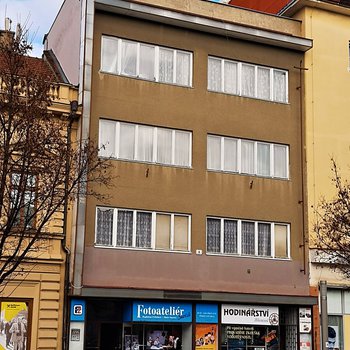