He studied at a Polytechnical School in Brno, Czechia between 1908–1912. In Vienna he continued to study at the Academy of Fine Arts.Mos probably according to some sources, he was not able to complete this degree due to World War I. In 1919 he opened his own architecture office in Cieszyn (at this time part of Germany, called Teschen). In 1935 he moved with his wife and his son to Bielsko-Biała. In this town he became the main designer of the Aleje Sułkowskiego project, today known as the street Bohaterów Warszawy.

Because of his wife's Jewish origins, he has not received any more assignments since 1939. Accordingly, he worked in the office of the engineer Wiesner (Arnošt Wiesner?). But in 1944 he was arrested and had to do forced labor in Rositz, Germany.

After World II he returned to Silesia and started to live in Katowice. In 1957, during the first great emigration wave of the remaining Germans in Poland he left for West Germany. 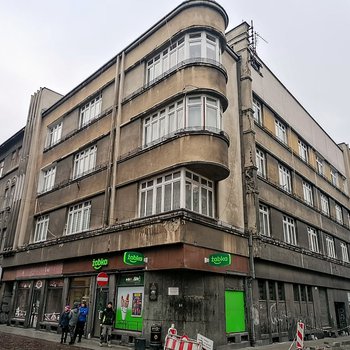 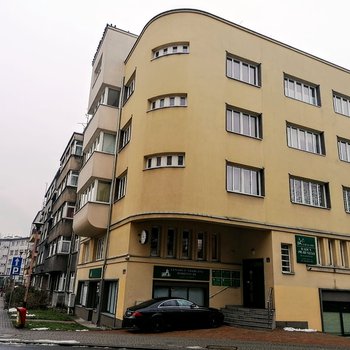