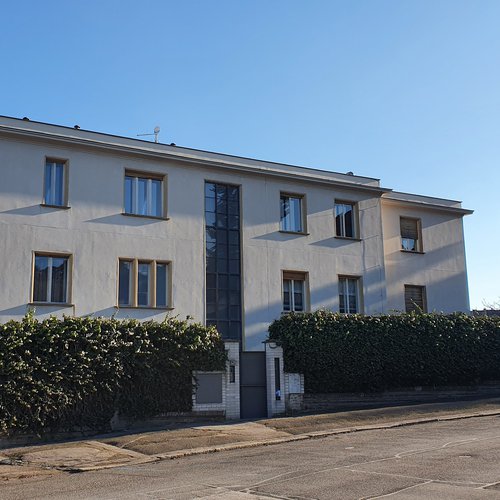 Some pictures of the interior and in Czech the history of its residents and usage. An abbreviated overview of the house owners is translated below:

The villa was built in 1930 by Jaroslav Preiss, one of the most influential and richest men in Czechoslovakia. He dedicated this villa to his girlfriend and secretary Jaroslava Dimmerová. Jaroslav Preiss owned a huge collection of works of art and books, which were concentrated mainly here.

Before the Second World War governments were formed in his house and the presidential candidacy of Edvard Beneš was agreed in this house in 1935.

Preiss and Jarmila Dimmerová married in 1936. They extended the villa with the help of František Novoveský. A lift was built and the main part of his depository was moved into this house. After Preiss's death in 1946 the villa was confiscated, the majority of the art collections were stolen, just some pieces became part of the National Library and in the National Gallery. The villa became the property of the Directorate of Czechoslovak Mines. It was modified at this time by architect Radim Matolín.

In 1957 a president returned to this villa. President Antonín Novotný after his election started to live here.

In the early 70's, the villa was again insensitively modified and suffered a number of changes. It was transformed into a kind of semi-detached house and got divided into six flats. A powerful man of the Czechoslovak regime, Vasil Biľak, lived for some years in one of these flats.

After 1989 until 1999 the embassy of the Republic of Korea (South Korea) moved into the house.

In 2003 architectural office Pelčák and partner (Lenka Musilová, Petr Pelčák, Jan Sochor) reconstructed the whole villa. A number of original elements were discovered - the frame made of white brass holding glass and especially the plaster formed by sand grains, similar to the plaster of Villa Tugendhat in Brno. But the plaster was damaged by a number of interventions that it was not possible to restore it. Some original building elements and parts such as windows, wooden blinds, doors, stairs or railings have been refurbished.

Today, as in the very beginning, one of the richest Czechs lives in the house. Daniel Křetínský moved in in 2013 and said: “I bought the house, because Jaroslav Preiss built it. It was him, giving the house its appearance and character. I don't really care about the later tenants." 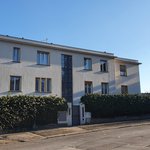