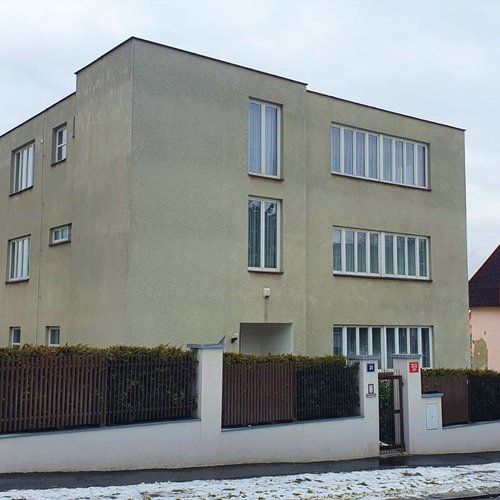 František Zelenka's talent for purist architecture, which has been transformed.

Originally designed with one less floor, putting the proportions into perspective for a villa. All living areas in this house face both the street (south) and the garden (north). The purist architecture with smoothly plastered surfaces, whose only decorative element are the ribbon windows, is of a graceful beauty. The sloping terrain to the north results in an additional storey on the garden side, which functions as a cellar on the street side.

A garage was added to the north-west side in the small building, which was probably already part of the house in 1932.

Built in 1932 with two floors. In the 1990s the one more storey was added and the new staircase above the entrance was added. Its window shapes appears rather disturbing in comparison to the elongated ribbon windows. 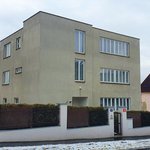